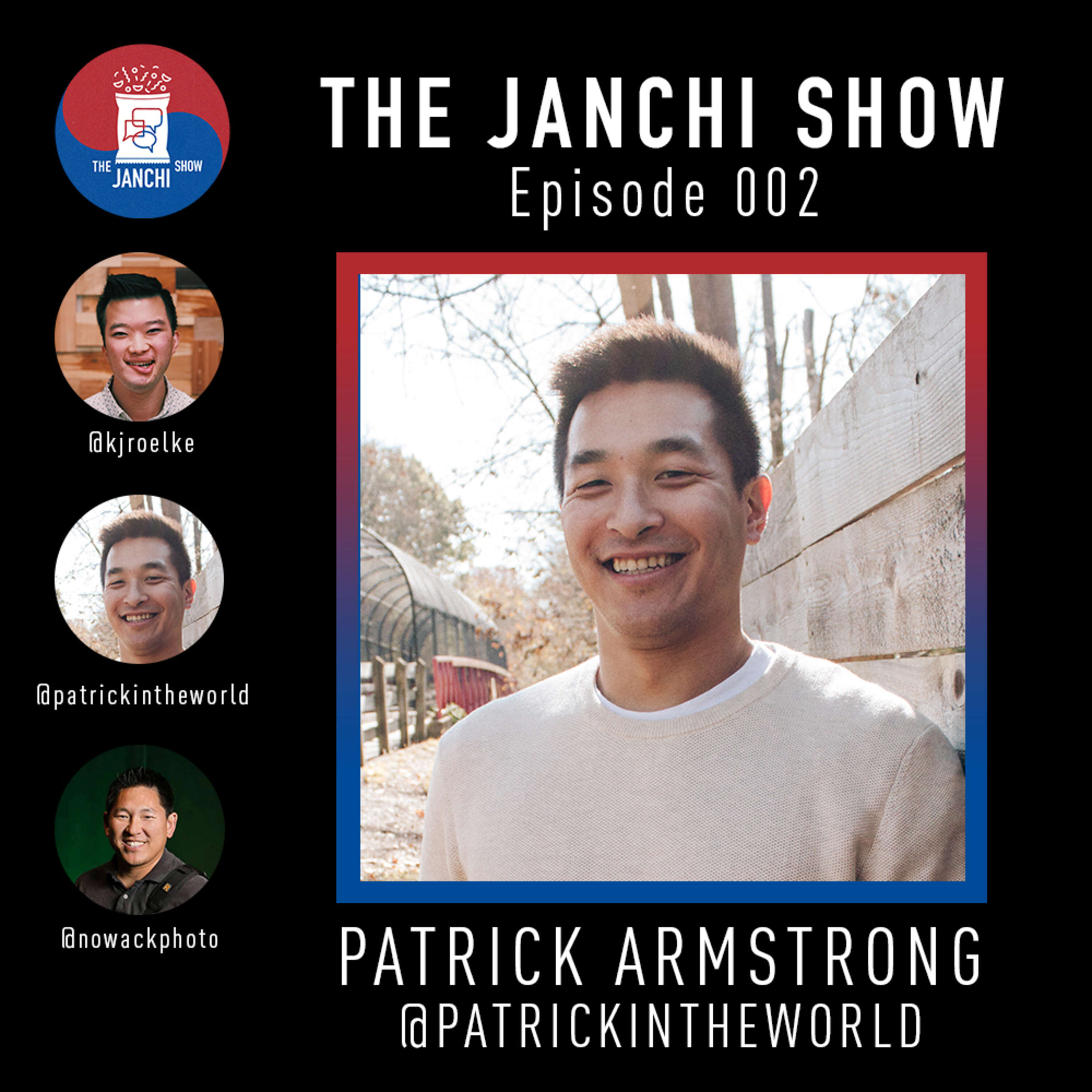 In today’s episode we speak with Patrick Armstrong, president and co-founder of the All Times Are Local Foundation and one-third of the Janchi Boiiisss! Patrick talks about growing up in the Midwest, his rap career that he later decided he was too good fo

Meet Patrick Armstrong! In this episode we talk about:
Show Resources:
---

The Janchi Show Quick Bio
We’re three Korean-American Adoptees spread out around the country and each of us are at different stages in life. We’ll talk about the Korean-American adoptee experience and learn more about our shared culture, usually with food. And it won’t just be the three of us; each week we’ll have other adoptees from all over the world joining us to talk about what makes us similar and what makes us unique. So join the party! Meet the Janchi Boys! Nathan Nowack
Nathan was adopted from Seoul and raised in a small town in Oklahoma by a loving family and adopted sister.  After college in Colorado he later moved to Los Angeles to pursue a digital media career and eventually started 2 photography companies.  He has a wife and 3 kids and has reconnected with his biological family in 2014. Connect with Nathan! Patrick Armstrong
Patrick was adopted from Seoul and raised in a small(er than Nathan’s) town in Indiana. After dropping out of college, he travelled around, working a variety of jobs before co-founding the All Times Are Local Foundation with his adopted sister in Chicago. He currently lives in Indianapolis with his fiancé and is 7 seconds into his journey of exploring his Korean-American adoptee identity. Connect with Patrick! K.J. Roelke
K.J. was adopted from Daegu and raised in Dallas, Texas with his two biological, older siblings and his younger sister, adopted from Russia. He graduated from Greenville College and has served as the Worship & Creative Director at Schweitzer Church in Springfield, Missouri since then. He is married, with no children (yet!), and has been on his journey of discovery since 2015. Connect with KJ! //  Listen to/Watch the Janchi Show on all major platforms:  Follow the Show! //  Join the Asian Podcast Network: The Janchi Show is produced by Just Like Media: Executive Producer: Jerry WonCreative Director: Michelle NamAudio & Video Engineer: K.J. Roelke