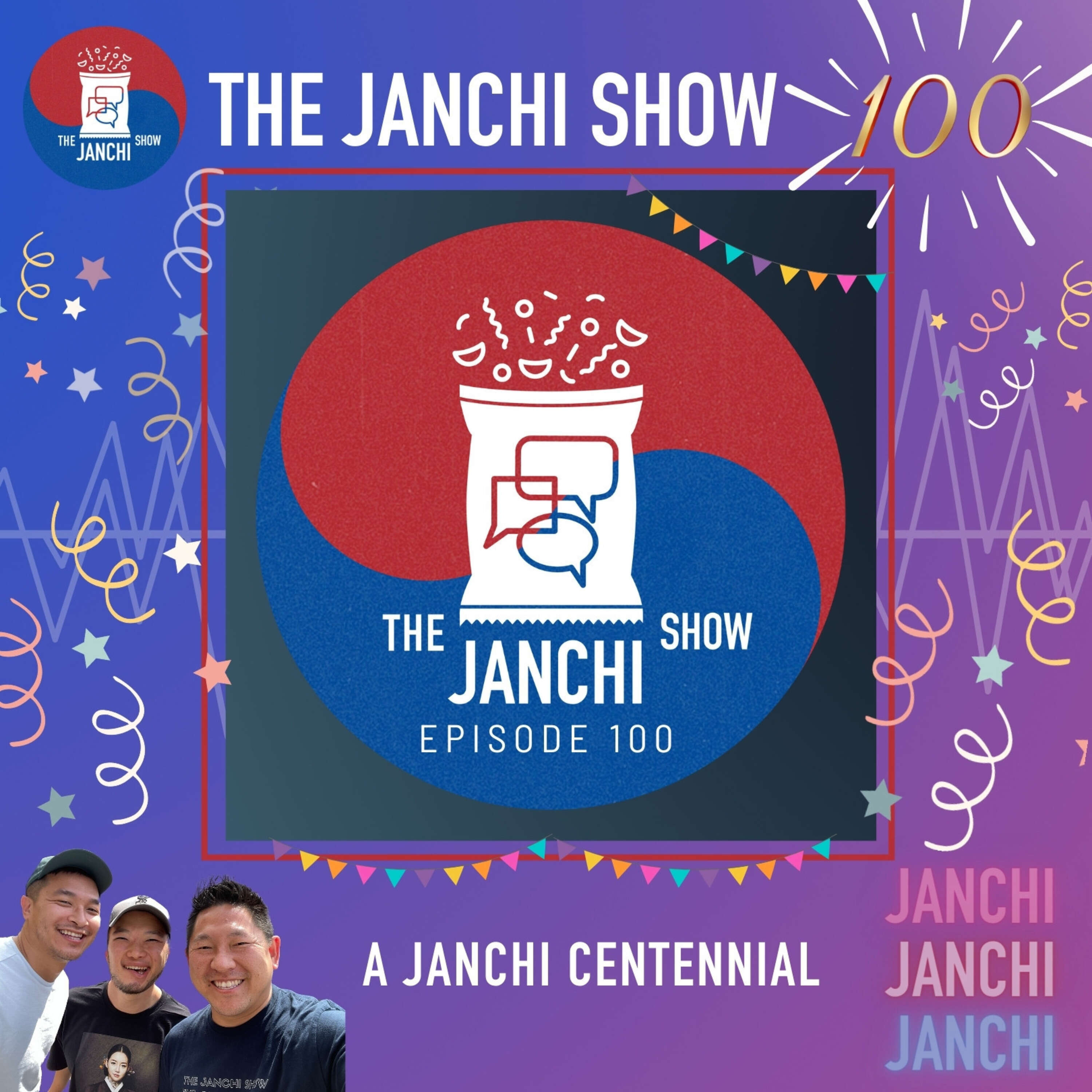 In this week’s episode of your favorite Korean Adoptee podcast, the Janchi Boys sit down for episode 100! Jerry Won, Executive Producer and host of Dear Asian Americans, joins KJ, Nathan, and Patrick for a special episode commemorating the journey so far.

In this week’s episode of your favorite Korean Adoptee podcast, the Janchi Boys sit down for episode 100! Jerry Won, Executive Producer and host of Dear Asian Americans, joins KJ, Nathan, and Patrick for a special episode commemorating the journey so far. We get reflective, we share lots of laughs, Patrick cries once – you know how it goes over here. Oh, and we share a drink!

Thank you all for listening. We would not be here without you 💙