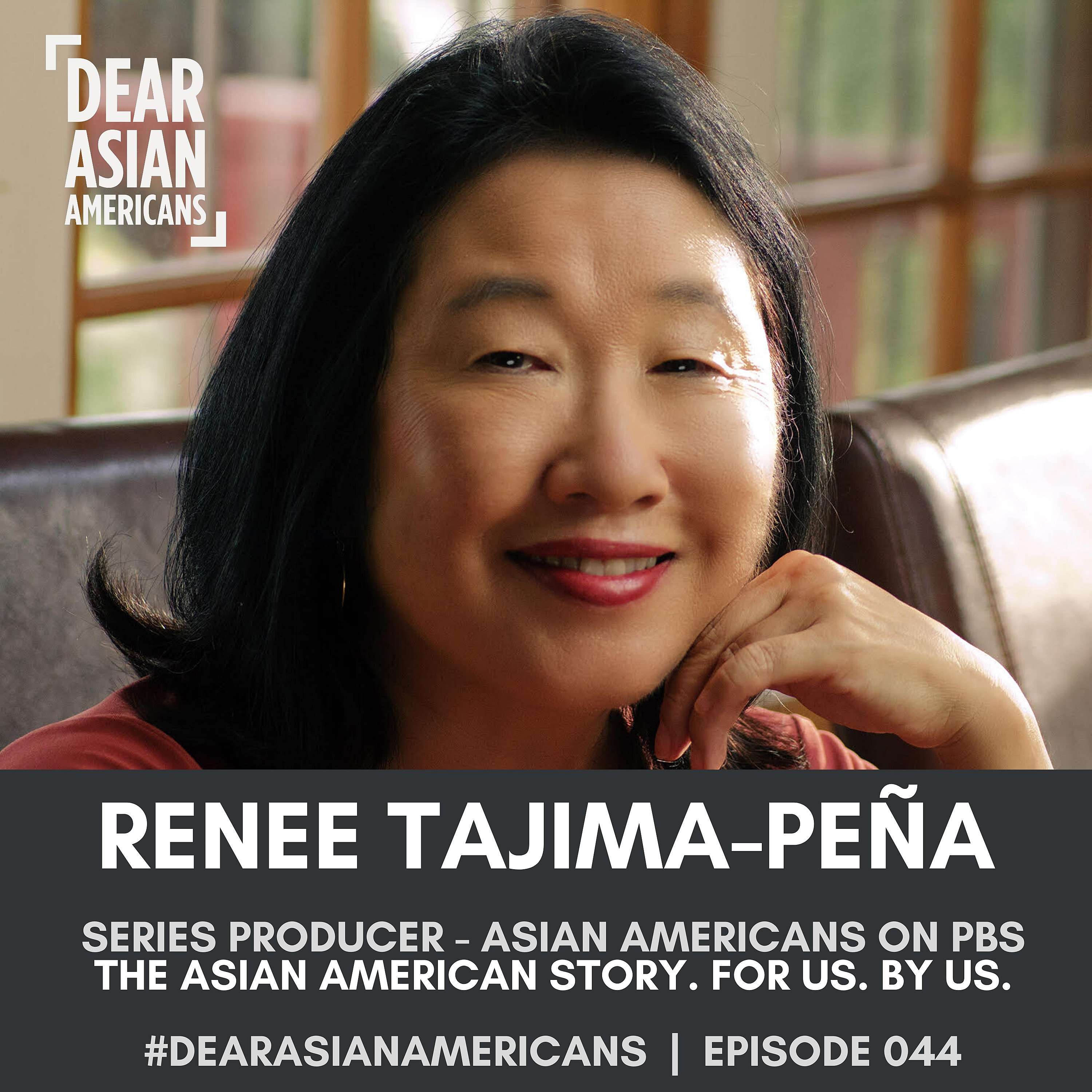 Meet Renee Tajima-Peña, a lifelong educator and Oscar nominated filmmaker, whose latest work Asian Americans premiers on PBS May 11th and 12th. It's a 5-hour documentary and along with the episode producers, Renee shares amazing stories of Asian Americans

We support her work and the work of her crew on Asian Americans a story "not about how Asian became Americans, but how Asians really shaped America."

We are inspired by her vision and creativity proven with decades of activism and education. We are so blessed to have Renee on the show and in our lives.

Professor Renee Tajima-Peña is Professor of Asian American Studies, Director of the Center for EthnoCommunications and holder of the Alumni and Friends of Japanese American Ancestry Endowed Chair. She is an Academy Award-nominated documentary filmmaker whose credits are Who Killed Vincent Chin? My America…or Honk if You Love Buddha, Calavera Highway, Skate Manzanar, Labor Women, No Más Bebés and other films about themes of immigration, race, ethnicity, gender and social justice. Her films have screened at the Cannes Film Festival, New Directors/New Films, South By Southwest Film Festival, Sundance Film Festival, Toronto International Film Festival and the Whitney Biennial.


Tajima-Peña is the series producer/showrunner of Asian Americans, an unprecedented 5-hour series on the Asian American experience that airs on PBS in May 2020. The first-ever television history of its kind, Asian Americans represents a collaboration of Asian American filmmakers, scholars, community, and public media, and will include a national engagement initiative, curriculum and website in addition to the television broadcast. She also produces online media projects that explore the history of Japanese American incarceration and resistance. Building History 3.0 is an interactive documentary and video game-based learning project on the World War II incarceration of Japanese Americans. The project is supported by the National Parks Service and the California Civil Liberties Public Education Fund. Tajima-Peña co-founded the Nikkei Democracy Project, a multi-generational multi-media collective that uses the power of the Japanese American imprisonment story to expose current threats to Constitutional rights.


Tajima-Peña has been deeply involved in the Asian American independent film community as an activist, writer and filmmaker. She was the director and first paid staff-person at Asian Cine-Vision in New York and a founding member of the Center for Asian American Media (formerly National Asian American Telecommunications Association.  As a writer, she was a film critic for The Village Voice, a cultural commentator for National Public Radio and editor of Bridge: Asian American Perspectives.

Dear Asian Americans, let's stay strong and stay healthy. We'll get through this together.

Video of this interview coming soon to YouTube:
http://www.youtube.com/dearasianamericans