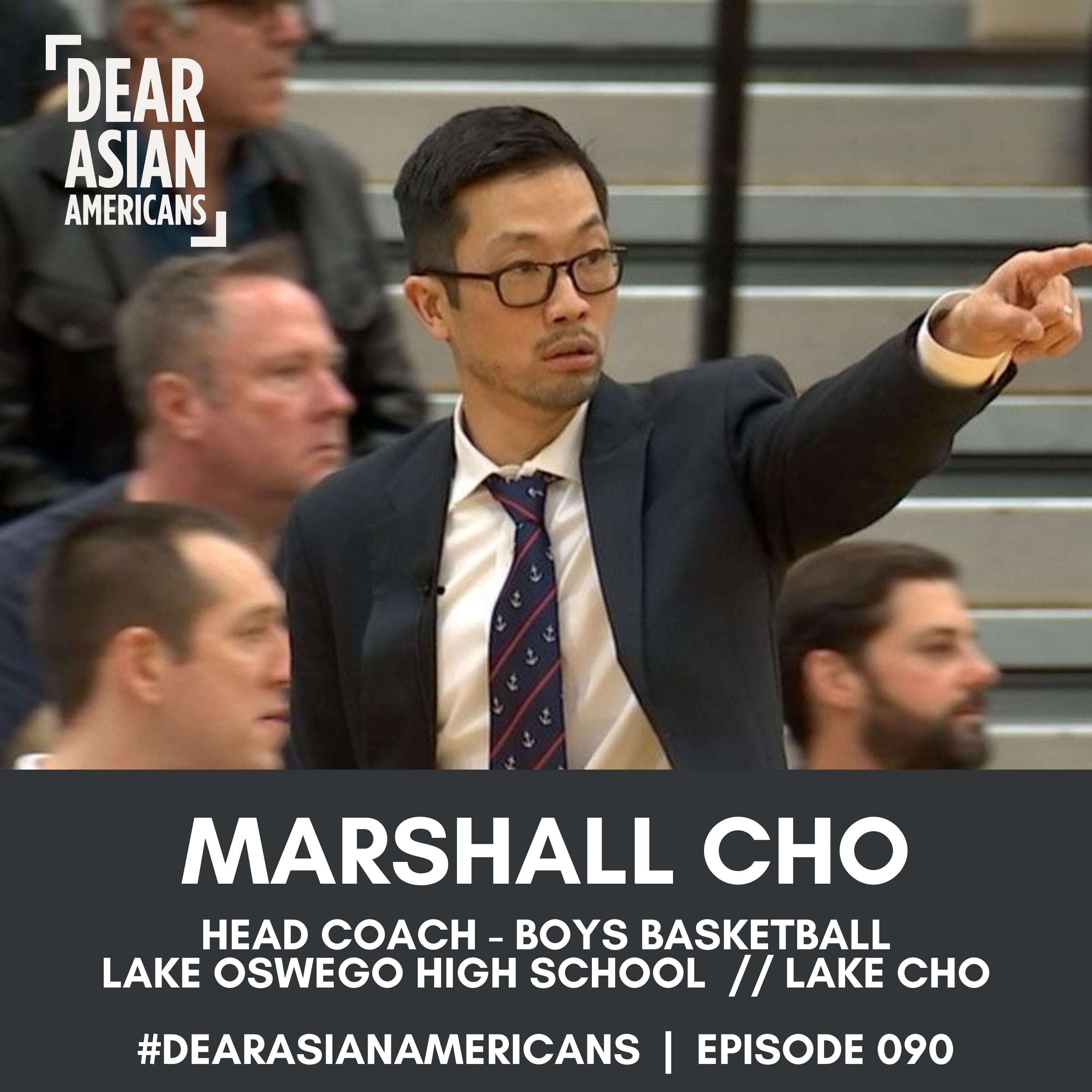 Marshall Cho, Boys Basketball Head Coach of Lake Oswego HS, joins Jerry on Episode 090 to share his journey of growing up in Springfield, Oregon, finding his passion for teaching and basketball in The Bronx, using basketball to teach kids life skills in M

Marshall Cho, Boys Basketball Head Coach of Lake Oswego HS, joins Jerry on Episode 090 to share his journey of growing up in Springfield, Oregon, finding his passion for teaching and basketball in The Bronx, using basketball to teach kids life skills in Mozambique, and how he ended up back in his home state to be the head coach of one of the country's most prominent programs. This one is for all the basketball fans and athletes who often wonder if we'll ever see Asian Americans at the highest levels of excellence both on and off the court.

We celebrate Marshall's successes in reaching the highest levels of coaching basketball through his work at Lake Oswego, DeMatha, and USA Basketball.

We support his mission to inspire young Asian Americans to pursue careers in sports and coaching.

We are inspired by his story of using his love of basketball and teaching to leave his impact and legacy all over the world.

Marshall Cho was hired on May 1st, 2015 as the Head Boys Basketball Coach for Lake Oswego High School. Cho served as the director of basketball operations at University of Portland from 2012 to the 2014 season. His primary responsibilities include coordinating the team’s travel plans, office management, overseeing the programs community outreach efforts and managing the Pilot Basketball camps.

Cho joined the Pilots after spending the previous three seasons on the coaching staff at renowned DeMatha Catholic High School in Hyattsville, Maryland. Cho began his career as an educator through the Teach For America program and taught in the South Bronx and Harlem for six years. He served as the boy’s basketball coach from 2004-06 at Future Leaders Institute, leading them to a New York City Charter School Championship. From 2006-09, while living in Mozambique, Cho spent three years as a volunteer coach and instructor with the Mozambican National Basketball Federation. Cho worked to assist the under-20 and under-16 national team and for Desportivo do Maputo, one of the top senior men’s club teams in Mozambique. He also trained under-16 basketball coaches using the NBA/Nike Africa Coaches Guide for six consecutive weekends leading up to the under-16 national championship. In August of 2008 Cho was the varsity boys’ basketball coach at the American International School of Mozambique, where he started and developed that program. During his time in Africa, Cho served as a coach for the NBA-sponsored Basketball Without Borders Africa.

He also led a variety of volunteer efforts, including rehabilitating basketball courts by partnering with Hoops 4 Hope and the U.S. Embassy and conducting basketball clinics with local basketball clubs. Cho has served as clinician for USA Basketball Youth Division, and worked as court coach and support staff member for the junior national team program. He has worked with USA Basketball for the Nike Hoop Summit game since 2012 as well as working the junior national team’s U16/U17 trials.

Cho graduated from the University of Oregon with a Bachelor’s Degree in Business Administration in 2000. He also received a Master’s Degree in Secondary Mathematics Education from Columbia University in 2003. Cho was born in Seoul, South Korea and grew up in Springfield, Ore. Cho and his wife, Connie, have a son, Nathaniel and daughter, Emma.
(Source: https://empower.councilka.org/program-speakers/)